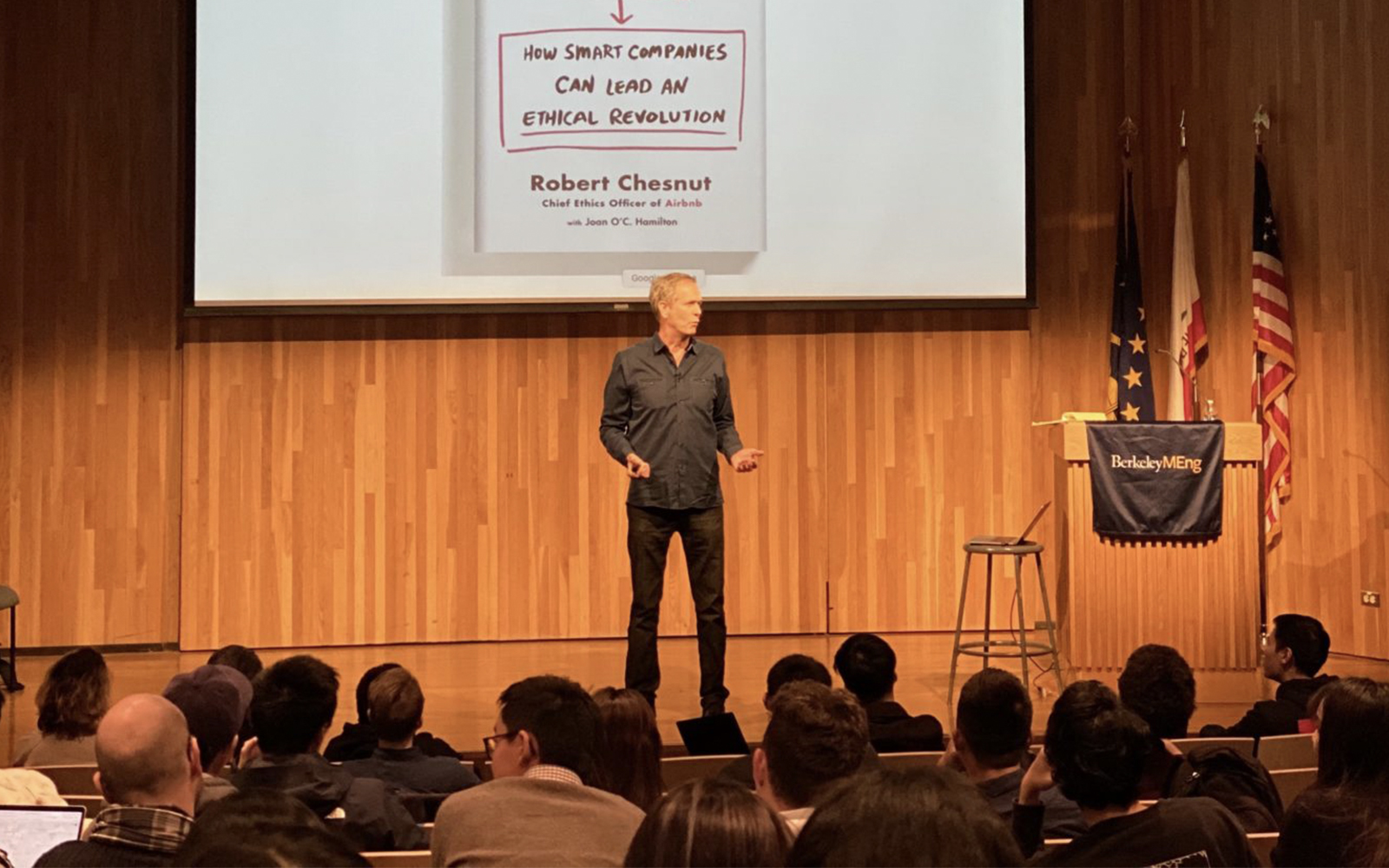 Rob is the former Chief Ethics Officer at Airbnb. A role he took on after nearly 4 years as Airbnb’s General Counsel. He is a graduate of Harvard Law School. Rob worked for 14 years with the U.S. Justice Department, including 10 years as an Assistant United States Attorney. He is the recipient of the Justice Department’s John Marshall Award for litigation, and the CIA’s Outstanding Service Medallion.

In this episode of Leading Transformational Change, Rob shares how a conversation with Airbnb CEO Brian Chesky, about the risks of ethical scandals, led to them to devise a strategy to build integrity into the culture of the company. Rob takes us through a six-part strategy for any organization, that wants to be intentional about integrity, and gives us lots of helpful examples along the way. He challenges every leader to put integrity on the agenda and decide what kind of company they want to become.

In 1999, Rob moved to California to become eBay’s third attorney and was later promoted to Vice President of a newly created Trust and Safety department. He worked at several other companies in Silicon Valley before joining Airbnb in 2016. During his time at Airbnb he developed a popular interactive employee program, Integrity Belongs Here, to help drive ethics throughout the culture at the company. His highly relevant new book “Intentional Integrity: How Smart Companies Can Lead an Ethical Revolution” is available for purchase!

GET YOUR FREE GUIDE TO A HEALTHY & ETHICAL CULTURE

We use cookies to give you a better experience of the site. Learn more about using cookies here